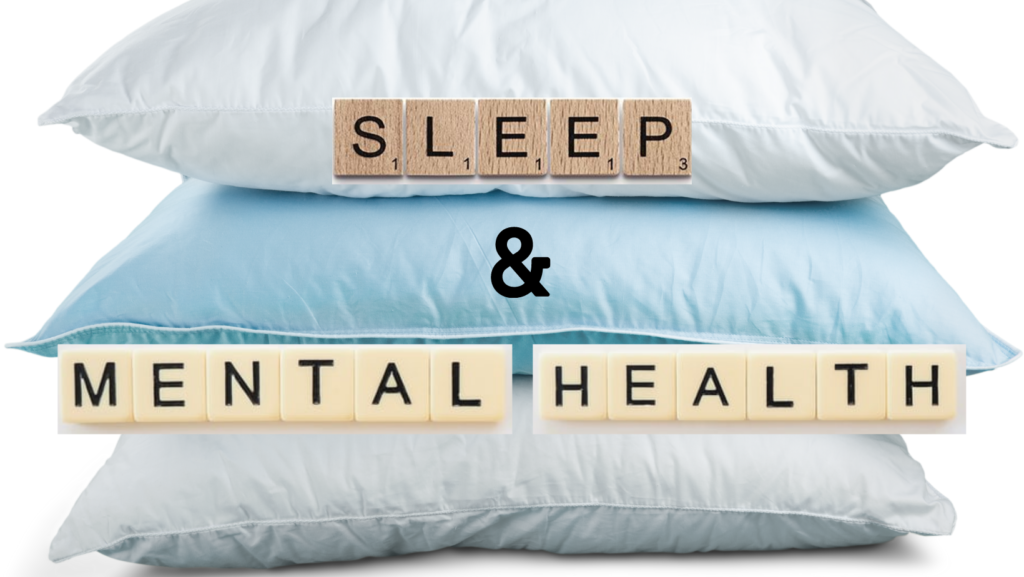 What are the connections between sleep and mental health?

The way disrupted sleep can affect mental health issues — and vice versa — is so well-known and age-old that this trope is ingrained in our classics of literature. From Don Quixote to Shakespeare’s Macbeth, cautionary tales about how poor sleep can damage mental health – as well as the reverse being true — are many and varied.

Fast forward to the present day, and one thing I keep getting asked about is how sleep and mental health interact with one another. In these challenging times, constantly adapting as best we can to rapidly changing realities, it’s no surprise that such subjects are front-of-mind.

Lockdowns that prevent us from socialising normally — while also causing economic chaos – can put a huge strain on our mental health. This is why it’s more important than ever before to take care of our mental health — as well as our sleep.

With all our amazing technology and how much we’ve learned about the mind, the body and our world, why are so many of us still making the same mistakes as Lady Macbeth and crazy old Quixote? Read on to learn about the connection between sleep and mental health, unravel the individual strands that tie the two together, and discover how you can improve both of them for yourself.

How sleep influences your mental health?

REM sleep is a time when areas of the brain responsible for creating memories and learning are active, meaning that this is one-way depression can impede study and productivity. Experiments involving animals have suggested that being deprived of REM sleep can have a detrimental effect on life span.

Without getting too scientific about it, sleep deprivation can prevent your brain from ‘recharging’. Additionally, sleep is the time when the toxins that build up naturally during the day are flushed out; when these accumulate to problematic levels, resilience is one of the qualities that suffers.

The reasons for this pattern include the fact that lack of sleep causes your compassion levels and collaborative abilities to deteriorate. And that’s before factoring in how much your productivity plummets as a result of how your cognitive powers and social smarts are impaired by a lack of restful slumber.

How your mental health affects your sleep?

But it’s a two-way street: conversely, anxiety can be the starting point for this vicious cycle. Insomnia, heightened sleep reactivity (severe disruptions to sleep in response to stress) and frightening nightmares are believed to be associated with chronic anxiety.

Recently, studies have suggested that depression can cause signs of insomnia, and conversely, it is estimated that at least 15% of people suffering from depression experience hypersomnia (excessive sleepiness/sleeping during the day). Depending on details such as the age of the people being studied, this estimate rises as high as 40% of adults who suffer from hypersomnia associated with depression.

What can be done:

Sleep and mental health have a two-way effect on one another, so the best approach is to improve both.

✔ Use breathing exercises and mindfulness practices to reduce any anxiety you might be experiencing.

✔ Prioritise sleep and make a conscious decision to see rest as an essential path to working more efficiently, being a nicer person, and enjoying a more harmonious life.

Even if everyone else in your workplace is frazzled and underslept, focus on getting the blissful slumber you need and learning to reduce any anxiety or hypervigilance you may be experiencing. You have the power to be a shining star of positivity and tolerance in your workplace and your community.

Who knows? Maybe others will follow your example and get the rest they need.

Posted in In the Blog