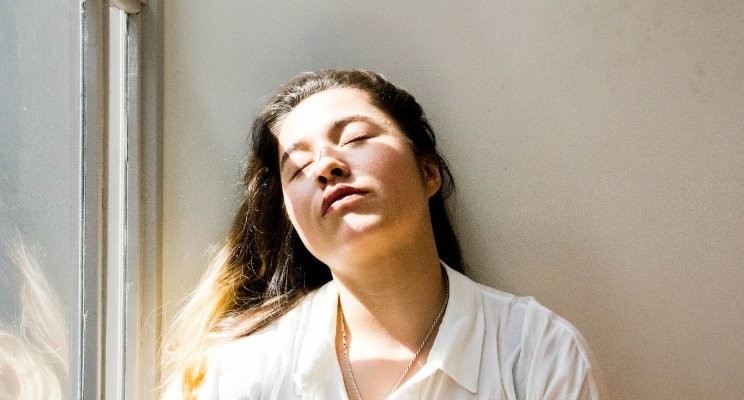 As the link between optimal productivity and getting adequate sleep is finally starting to sink in, a paradigm shift slowly seems to be taking place in corporate culture.

It’s a vicious cycle: especially in competitive, ambitious workplaces, staff are constantly under pressure to work ever harder – the assumption being, that this is the only path to greater success. Yet the irony is that as people get increasingly tired, their productivity drops – meaning they have to work even harder and longer to get ahead. Don’t bother working more than 55 hours in a week, either: a 2014 study found that after 50 hours of work, productivity drops sharply. And people who worked 70 hours achieved virtually nothing more than those who worked 55 hours.

The problem is compounded by the fact an unrelenting pace at work and chronic exhaustion are major contributors to sleep problems – and poor sleep, in turn, leads to underperformance, costly errors and conflicts with co-workers.

The importance of staying awake

Considering all the ways in which sleep affects productivity, the fable of the two woodcutters has probably never been more timely. In fact, one social media survey suggests it’s remarkably close to the truth: the most productive 10% of employees worked for 52 minutes at a time, followed by a break of 17 minutes.

According to a detailed analysis undertaken by Deloitte Access Economics, the total cost associated with sleep disorders in Australia was estimated at a whopping $36.4 billion. The study also explored the ‘human cost’ of disrupted sleep, such as the increased likelihood of a person dying in a motor vehicle accident. Fatigue is a contributing factor in about 20% of fatal road accidents in Australia.

Sleep is crucial for creativity. To cope with new challenges in the workplace, we need to find innovative solutions for complex problems.

Learning is consolidated while we sleep. Most industries in the 21st century require workers to continually acquire new skills, while also learning to adapt to new technologies and new challenges as they arise. Research has shown that when we sleep, the things we have learned during our waking hours are assimilated in our minds. In one study, the electrical activity in the brains of rats was monitored while they slept. The patterns detected were so similar to those picked up when the rats were negotiating a maze while awake, researchers deduced that the rats were ‘practising’ the correct path through the maze in their dreams.

Having plenty of sleep promotes healthy teamwork. Being able to interact successfully and productively with our co-workers is a crucial part of not only functioning but thriving in the workplace.

The findings of a survey by Hult International Business School indicated that interpersonal relationships deteriorated as a result of the irritability, lack of focus, and impaired empathy of people who were suffering from sleep deprivation.

Major errors and accidents have been attributed to inadequate sleep. Do you know what life-threatening and sometimes fatal medical errors have in common with nuclear disasters including Three Mile Island and Chernobyl – even the Exxon Valdez oil spill? It’s lack of sleep. Newly qualified doctors are often put to work for extremely long shifts, sometimes 24-36 hours, during which they have little or no sleep; in one study, it was estimated that up to 36% of medical errors in US hospitals could be prevented if rotations were limited to a maximum of 16 hours in length.

When you weigh up the financial costs, as well as the impact on quality of life, it’s not much of a stretch to suggest getting plenty of rest is the simplest single way of ensuring a competitive edge.

Restful sleep is crucial for mental clarity and good memory. At work, we often need to think on our feet and react quickly. Being able to re-focus after a distraction is a crucial aspect of getting through your schedule efficiently and productively. The ability to recall key information needed to complete your tasks is equally relevant, reducing the amount of time you spend double-checking and reminding yourself of things you should ‘just know’.

Dr Lawrence Epstein, an instructor in medicine at Harvard Medical School, says, “Poor sleep has an adverse impact on thinking,” and there is plenty of published research backing up his assertion.

With the increasing awareness of how vital sleep is to productivity – not to mention safety – many industries are actively implementing safeguards to ensure workers receive the rest they need. The National Heavy Vehicle Regulator (NHVR) has strict rules for fatigue management, stipulating maximum periods of work and minimum periods of rest for solo drivers of trucks and coaches.

Similarly, the issue of pilot fatigue has been examined in scientific studies and scholarly articles alike. Australia’s Civil Aviation Safety Authority (CASA) overhauled the rules for flight crew fatigue management in 2013, with subsequent amendments made in 2016. The current regulations include limiting a pilot’s total flight time on any one day to a maximum of seven hours. And a flight crew cannot be rostered in command of an aircraft if they have not had the opportunity to sleep for at least eight consecutive hours within a specific time frame beforehand.

Rest: a recipe for success?

The subject of self-care, especially as it applies to adequate rest, is becoming a hot topic in the corporate world.

Many innovative start-ups and emerging companies seem to be making remarkable progress and rising to meteoric success against a backdrop of well-established corporations that are struggling to keep up. Does this new trend of valuing the happiness and well-being of workers in an organisation have a key role to play? Is the traditional workplace culture of toiling through long hours rather than being smart about how we work, finally starting to go out of vogue? Are companies starting to re-evaluate and re-prioritise their approach towards creating an effective workforce?

Perhaps it’s high time more of us followed these examples and made it a higher priority to sharpen our creative and competitive edge!

Elina Winnel is a world-renowned sleep and insomnia coach. She has devised the Sleep Expert System which has helped thousands of people across the globe reclaim their sleep, transform their lives and engage more fully in their work. Bookings are open for Elina to visit your organisation. For further information please visit www.thesleepexpert.com

Posted in Hot Topics in Sleep, In the Blog, Sleep Tips