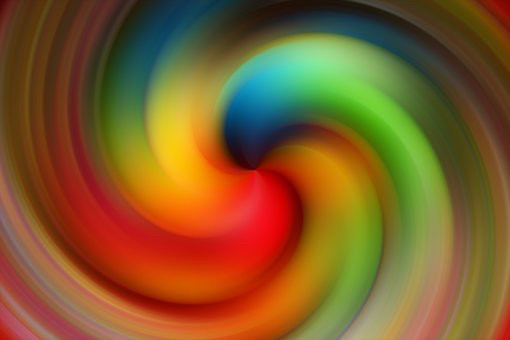 From the Dreamtime of Indigenous Australians to the prophecies and divine messages encoded in biblical dreams, the link between dreaming and inspiration has traditionally been a strong one. But regardless of where you stand on metaphysical issues, modern science has established a solid connection between sleep and creativity. It has even been shown that when we are sleep-deprived, our ability to think creatively suffers. So what exactly is this creativity believed to spring from?

The innate human ability to produce art and devise imaginative solutions to complex problems is linked to the brainwave state we are in.

Your dominant brainwave state dictates the way in which information is processed by the brain: for example, in the fast brainwave state of beta, we are more analytical and task-oriented in our processing. The slower brainwave state of theta is believed to be the gateway to learning, memory and intuition, in which we become highly creative. It is also associated with increased activity within the right hemisphere of the brain, and is a state that many artists are familiar with – whether they are conscious of it or not.

It’s interesting to note we even use the expression ‘having a brainwave’ to describe moments of epiphany or inspiration. But we need to slow down and relax in order for such a flash of creativity to strike us, which is part of the reason why it often happens when we are in the shower, or doing something that does not require dynamic and attentive thought.
If you reflect on your own life, do you notice you usually have those ‘eureka moments’ when you are relaxing? For example, how many times have you suddenly thought, A-ha! as you’ve experienced a powerful realisation, while under the shower or walking along the beach with your feet in the sand?

The more relaxed you are, the slower your brainwave state becomes.

It is no coincidence that if a society is suffering from partial sleep deprivation, creativity is also suffering.

Sleep has been linked to feats of creativity in other ways, as well. Many famous scientists, inventors and artists have attested to being inspired by dreams – a quintessential example of how slower brainwave states are great for creativity and problem-solving.

It takes about 70 to 90 minutes after we fall asleep to enter the stage of REM (rapid eye movement) sleep – the period during which people report having vivid dreams. REM sleep takes place as part of a repeating sleep cycle throughout the night, and our REM sessions tend to get longer with each progressive cycle. In other words, the more we sleep, the longer the duration of each dream becomes.

Modern work patterns being what they are, there is a trend of being out of balance with our brainwave states, leading to disrupted sleep.

We often spend an excessive amount of time in fast beta, and an insufficient amount of time in the slower states, compromising our ability to incubate our creativity while we sleep, and the ease with which we recall our dreams.

Many corporations are not aware of how their managerial practices are inadvertently stifling their employees’ creativity.

The good news is that there are many ways to retrain your brain and access these slower brainwave states again. As we learn to improve our ‘brainwave flexibility’, meaning that we can easily switch from one state to another, we can become better sleepers – facilitating better creativity, and dreams that are easier to remember. Meditation, for example, is a great way of shifting into slower states.

Even if groundbreaking scientific discoveries and celebrated artworks aren’t your thing, you can still tap into the same source of inspiration as the creative dreamers listed above. Learn to equip yourself with the brainwave flexibility to get the most from your sleep, and you will see a significant improvement in your ability to think laterally and solve problems.

Applying this ‘mental enhancement’ to a creative hobby or pastime is pleasant and rewarding enough, but if you channel it into whatever you do for you do for a living, you are likely to notice a quantum leap in the quality and quantity of your work. The inspired thinking you can set free by slowing down your brainwaves will help you become faster and more efficient at all the myriad tasks you set your mind to during the day.

Elina Winnel is a world-renowned sleep and insomnia coach. She has devised the Sleep Expert System which has helped thousands of people across the globe reclaim their sleep, transform their lives and engage more fully in their work. Bookings are open for Elina to visit your organisation. For further information please visit www.thesleepexpert.com

Posted in Hot Topics in Sleep, In the Blog, Sleep Tips