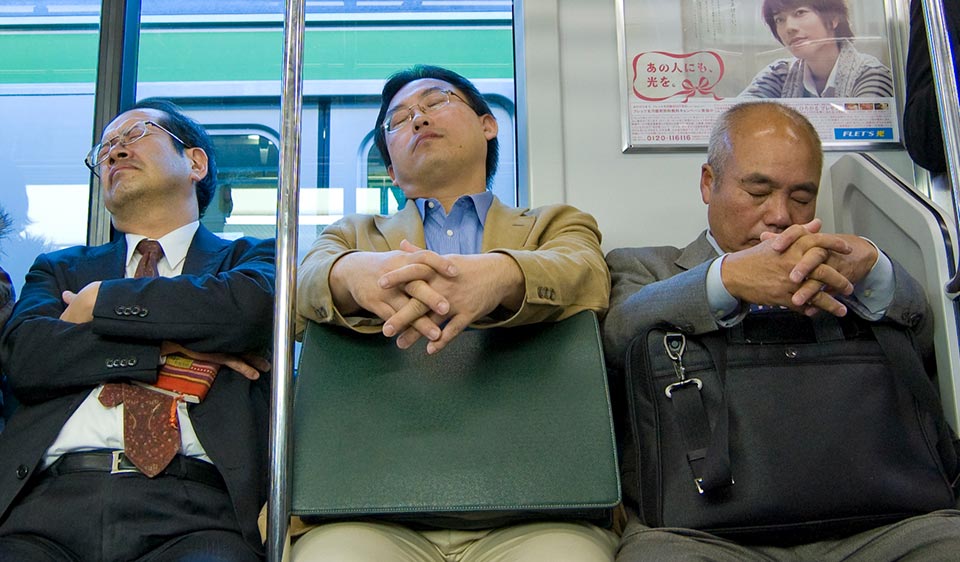 We live in a culture where it’s perfectly acceptable to be sleep deprived: where it’s normal to roll into work the morning after a late night with bags under our eyes and a jumbo coffee in our hand.

But then we’re expected to stay awake and alert through the entire workday. We’ve got deadlines to meet, projects to complete, meetings to attend; the show must go on, even when we’re exhaustedly dragging ourselves around the office thinking: “If only I could just take a quick nap right now”.

If only. It’s no secret that a 15-20 minute nap noticeably improves alertness (source). What if it were allowed – even encouraged – to take naps in the workplace?

Some companies are starting to embrace this idea: Google, Procter & Gamble, Salesforce, and PWC to name a few have installed sleep pods across their offices.

But one whole nation has long been ahead of the napping game: Japan.

In Japan, they’ve coined a practice called inemuri: meaning “to be asleep while present” (source). It’s common to find employees practicing inemuri while at business meetings, sitting upright with their eyes closed while listening to presentations.

While in other cultures, this would be considered rude or lazy – in Japan, sleeping while on the job is a sign of hard work. It indicates that sleep was sacrificed in favor of a big work day.

The unwritten rules of inemuri require that the person remain upright while dozing off – that way, they can easily engage if called upon in the office. And only those employees higher up in the chain of command, or low-level staff, can typically get away with sleeping at work.

Regardless, sleep is seen as a positive thing in Japan, particularly sleeping at work. Australians could certainly stand to learn from the Japanese, who truly understand the power of the nap!

Posted in Hot Topics in Sleep, In the Blog and tagged sleep, work